About The Angus Library and Archive 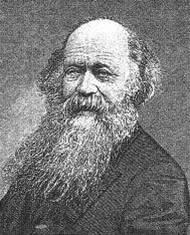 The Angus Library and Archive is the leading collection of Baptist history and heritage worldwide. It contains more than 70,000 items relating to the life and history of Baptists in Britain and the wider scene.

The Angus Library and Archive unites the original collection of historical materials gathered by Principal Joseph Angus in the nineteenth century with the libraries and archive of the Baptist Union of Great Britain, Baptist Historical Society, Baptist Missionary Society and The Baptist Times. It offers printed books, pamphlets, journals, church and association records, church histories, manuscript letters and other artefacts from the early fifteenth century to the present day. It contains a comprehensive collection of Baptist periodicals from around the world.

The Angus Library and Archive has an extensive manuscript collection including collections from key Baptist people such as William Carey, C.H. Spurgeon, Joshua and Hannah Marshman and Willam Ward, E.A. Payne, and J. H Rushbrook. It also holds manuscripts for leading Baptist families such as Angus, Steele, Whitaker, and Reeves.

There is a collection of minutes and papers from a variety of Baptist organisations or organisations with which Baptists have been involved such as the European Baptist Federation, Baptist World Alliance, Baptist Historical Society, Deaconess Movement and the World Council of Churches. Special collections, including those of the Baptist Missionary Society, offer material relating to Baptist witness in Eastern Europe, the Caribbean, West Africa, India, China and South East Asia. Early connections between Baptists in Britain and the United States of America are well covered.