Jubilee Exhibition – Regent’s through the ages 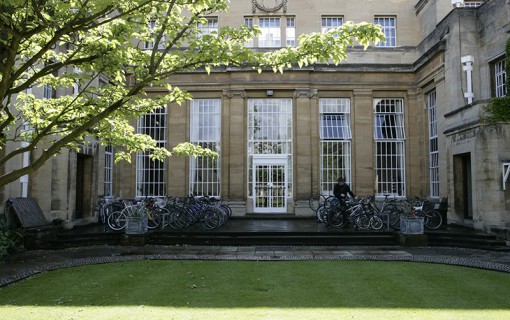 This exhibition will include items relating to the college from its inception to today, with many items to be displayed for the first time.

Throughout 2017, Regent’s Park College is celebrating its sixtieth anniversary as a Permanent Private Hall of Oxford University.

Whilst our roots were in eighteenth-century London, our Principal in the 1920s, Henry Wheeler Robinson (1872-1945), persuaded his colleagues of the exciting possibilities offered by a move to Oxford and of the importance of giving British Baptists a place in an ancient university. Regent’s finally became a Permanent Private Hall in 1957, after some years of matriculating students through St Catherine’s Society.

Much has changed in the last sixty years, but the radical dissenting spirit which Regent’s brought to Oxford endures to this day.