Virtue and Vice and All Things Nice 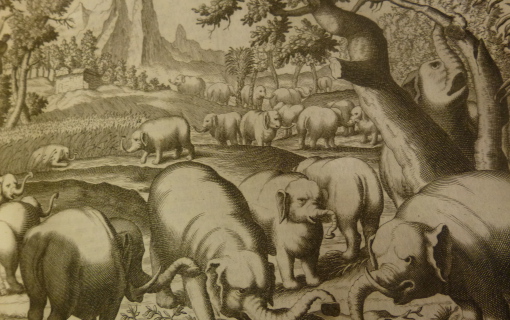 This exhibition celebrated literature of multiple genres and showcased some of the extraordinary and unique examples held in The Angus Library and Archive. Featured works included wonderful accounts of travel and exploration, early examples of children’s literature and a selection of work by John Bunyan, author of The Pilgrim’s Progress.

Two free talks were held alongside the exhibition.

24th April 2015 – ‘Many Other Things, Both Pleasant and Useful: Children’s Books from the Angus Library’ – Dr Hannah Field.

Anne Dunan-Page is Professor of Early-Modern Studies at Aix-Marseille University (France) and President of the International John Bunyan Society. She completed a PhD on the work of John Bunyan and an HDR (Habilitation à Diriger des Recherches) on the question of dissenting identity at the Restoration. Her current projects include a monograph on gathered Churches, based on their Church books, and the preparation, with Michael Davies and Joel Halcomb, of a calendar of Dissenting Church records.

Hannah Field is a lecturer in English at the University of Lincoln. She completed her DPhil, on the subject of the Victorian novelty books for children, at the University of Oxford. Her research interests are the literature and material culture of the nineteenth century, book history, and children’s literature and she has published essays on Beatrix Potter, Rumer Godden, and toys in literature, among other topics.

The Child’s Delight: or Instructions for Children and Youth by Benjamin Keach (c. 1704)

Rome Rhym’d to Death, Being a Collection of Choice Poems: in two parts, John Wilmot, Earl of Rochester, Robert Wild and John How, 1683

A map from Geography Rectified: or A description of the World by Robert Morden (1693)

First collected edition of The works of that eminent servant of Christ, Mr. John Bunyan, late minister of the Gospel, and pastor of the congregation at Bedford, vol. 1 (1692) John Bunyan (1628-1688), edited by Charles Doe Printed, and are to be sold by William Marshall at the Bible in Newgate-street, London

Illustrations from A Compleat Collection of Voyages and Travel, John Harris, 1705

The Invention of John Bunyan

Many Other Things, Both Pleasant and Useful: Children's Books from the Angus Library