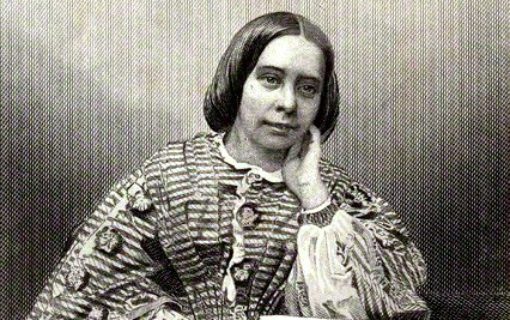 Mary Ann Hearn, better known as  Marianne Farningham, was an English Victorian Baptist who was an educationalist, journalist, and lecturer at a time when women were not expected to enter public life.

Mary Anne was a hymn-writer, was born at Farningham, Kent, on 17 Dec. 1834. A teacher at Bristol (1862–7), at Gravesend (1867–9), and at Northampton (1859–66), she gave up school work in 1866 to devote herself entirely to literature. In 1867 she had joined the outside staff of the newly founded ‘Christian World,’ for which she wrote regularly till her death. To the ‘Sunday School Times’ she was first a contributor, and from 1885 editor. In later life, she retired to Barmouth. A keen supporter of educational movements, and in demand as a speaker at free church meetings, and as a lecturer, she died at Barmouth on 16 March 1909.

Adopting the pseudonym of ‘Marianne Farningham,’ a combination of her Christian names with the name of her birthplace, she published nearly forty volumes, most of them poems or papers collected from the ‘Christian World’ or from publications associated with it. The chief are: 1. ‘Lays and Lyrics of the Blessed Life,’ 1861. 2. ‘Poems,’ 1865. 3. ‘Morning and Evening Hymns for the Week,’ 1870. 4. ‘Songs of Sunshine,’ 1878. 6. ‘A Working Woman’s Life,’ an autobiography, 1907. Three or four of her hymns passed into occasional use. The most popular, ‘Watching and waiting for me,’ is in Sankey’s ‘Songs and Solos.’ Some of her dramatic poems, notably ‘The Last Hymn,’ ‘A Goodbye at the Door,’ ‘A Blind Man’s Story,’ ‘Jairus,’ and ‘Rebekah,’ achieved a vogue as recitations.