Many of the books being catalogued as part of the HLF funded project are from Regent’s Park College’s library in its original location at Stepney Green, where the Baptist Academical Institution (as it was known in its first couple of years) was housed from 1810-1856. As the books acquired at this time were intended to form a working library for the students, many books in old bindings were either rebound, or repaired using up to date materials, as was the case in most libraries at this time. Sadly, these ‘improvements’ to the books proved short-sighted, as many Victorian mass-produced materials used have stood the test of time less well than the older hand-crafted supplies which were replaced.

While cataloguing a 16th century edition of The Works of Athanasius, my initial impression was that the rotting leather spine, flimsy machine made endpapers and cheap marbled paper covers meant that the book had been completely rebound at about the time of its arrival in Stepney.  As information on the title page tells us that the book had a rich history having belonged variously to Jesus College Cambridge in 1700, and to famous abolitionist Granville Sharp in the later years of the 18th century, this loss of material evidence was a source of regret.  However, on closer inspection, printed text of a similar age and style to that in the 16th century book was visible through the 19th century paper on the inside of the front cover. 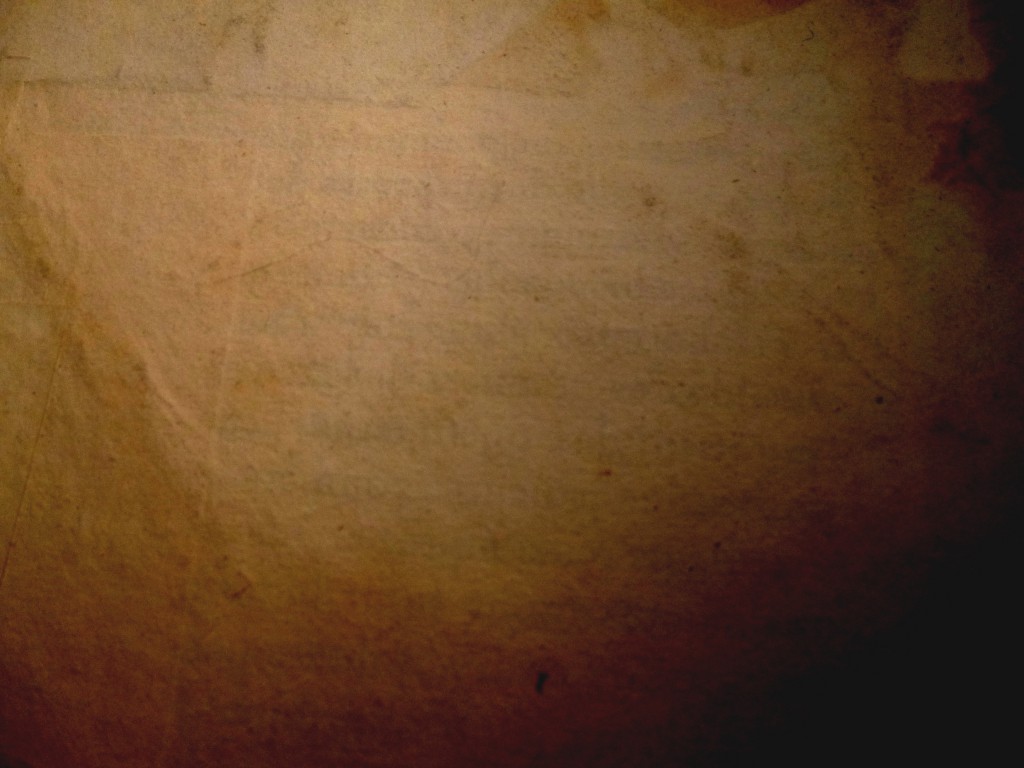 3 lines of text are faintly visible in this photo.

It remained common for binders to use waste paper in the parts of their work that their clients couldn’t see until very recently, but why would a 19th century craftsman have 250 year old waste paper? He didn’t. Turning back to the outside of the front cover of the book, the poor quality Victorian leather had peeled away near the spine edge, to reveal a much earlier binding underneath, probably dating from the late 16th or early 17th century. Rather than using new materials, the binder seems to have merely ‘upcycled’ the existing covers.  Whoever paid for the rebinding could reasonably be annoyed with this deception. However, for book historians in the 21st century, this cutting of corners is good news, as it means that some details of the book’s life and travels (Q. How wealthy was the book’s first owner? A. Middling. Q. Were they English or Swiss? A. English) have inadvertently been retained through an anonymous workman’s cost cutting schemes. 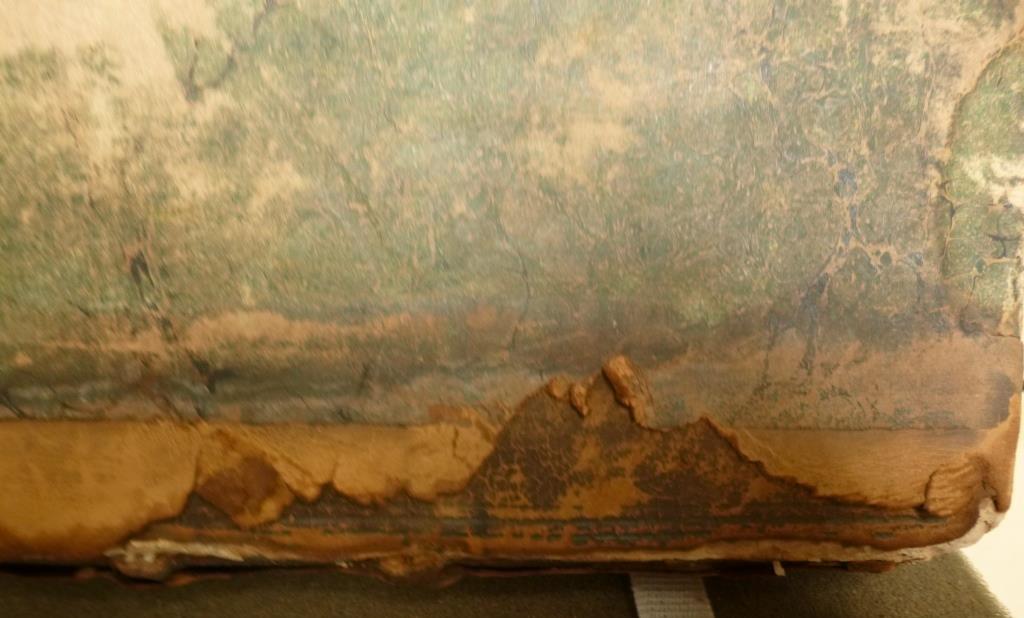 Victorian leather has peeled away near the spine edge, to reveal a much earlier binding underneath, probably dating from the late 16th or early 17th century.